Usually, the pre-Fourth of July parade period is pretty hectic for event organizer Jay Boyle and his fellow volunteers.

"It went great,” Boyle said of Derby’s annual celebration. "That was the smoothest I’ve seen it.”

In fact, for a while he thought their portable radios weren’t working because they were quiet, but the lack of chatter was because there was little need to use them.

"So that was a good thing,” said Boyle, Commander of VFW Post 7253, which sponsored the parade.

Also a positive was the participant turnout, which Boyle placed at 52 entries.

There were a few last-minute arrivals who didn’t pre-register, but they were allowed in the parade. However, they were not eligible to be judged.

The weather had Boyle worried for a bit early in the day, but adverse conditions held off even though the flyover was canceled.

Boyle didn’t do a crowd count, which he said would be too difficult to do accurately, but as usual, Madison Avenue was packed. He was pleased that Market had a fair number of spectators, too.

"In past years, Market was not that crowded,” he said.

Because it wasn’t so hot, Boyle said people were willing to stay out along Market, the last of the parade’s route.

He was especially pleased with the presence of the Wichita Caledonian Pipes and Drums as he has long said the parade needed music.

There will be a post-parade meeting this week for volunteers to discuss how the popular event went and to consider any changes.

One thing that may shift is an earlier start to the lineup. Boyle gets to the staging area at 8:45 a.m. and some people and their floats are already there. That shows they are willing to invest a little extra time to ensure that it’s all smooth and ready to go before the 10 a.m. kickoff.

For Boyle and his crew, the reward is to see all their work pay off with a crowd of excited spectators.

"We just enjoy doing it,” he said.

They also received kudos from Mayor Randy White, saying how much the city appreciates the VFW’s efforts.

This year, participants were judged by Dion Avello, Lindsay Dearduff, Tom Keil, John McIntosh and Edie Shuff, all active in the Derby community.

Usually, the pre-Fourth of July parade period is pretty hectic for event organizer Jay Boyle and his fellow volunteers. Not this year.

Veterans honored with 'quilts of valor' in Wichita

Several veterans were honored here in Wichita Saturday, but not with medals -- with quilts.

News & Info from your department

A moving, patriotic tribute to our military, past and present.

KANSAS CITY, Mo. - The Veterans of Foreign Wars (VFW) is proud to launch #StillServing, a campaign to bring attention to and honor...

KANSAS CITY, Mo. - The Veterans of Foreign Wars (VFW) is proud to announce 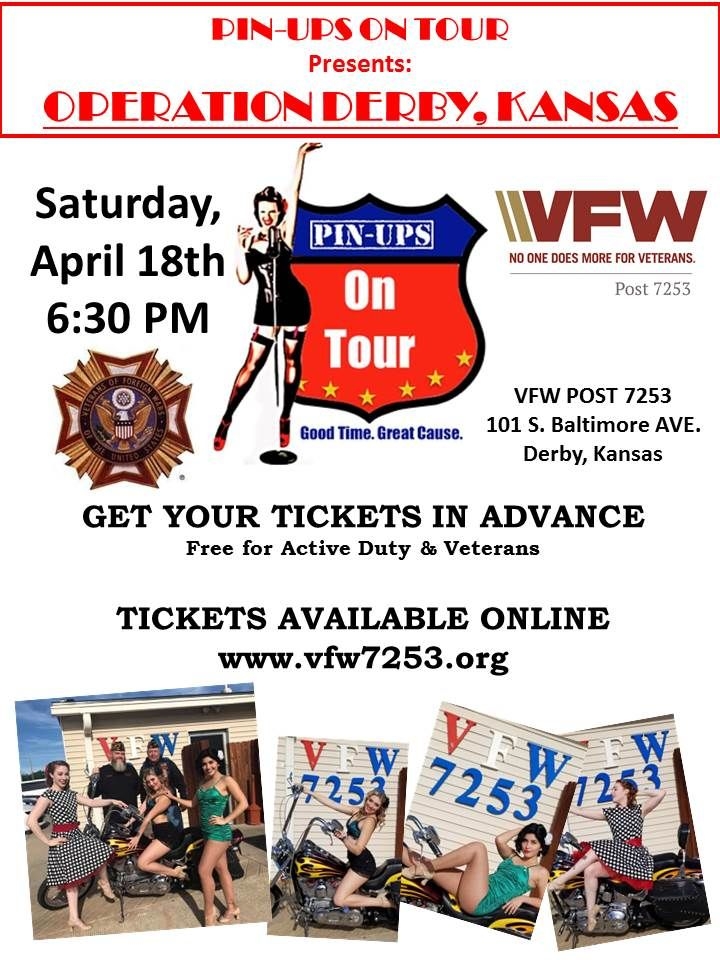